Rating: ★ ★ ★ 1/2
Abbas-Mustan/A-M (Director) and Musical thrillers have become synonymous to each other since their inception in the Hindi Film industry with Khiladi (1992) and Baazigar (1993), which were superhit musicals of their time. The Directors used the service of Anu Malik (Music Director) for almost 8 years and then shifted to Himesh Reshammiya for 'Humraaz' (2002) till '36 China Town' happened in 2006. They are having a good run with the much-in-demand musician Pritam Chakraborty lately; case in point, 'Naqaab'-2007 (Above Average) and 'Race'-2008 (Worth your money), and now with a vaccum of almost four years, the hit combination of A-M and Pritam returns back with 'The Italian Job' (2003 Hollywood Flick) remake "Players", an action thriller about gold heist with a huge star cast of Abhishek Bachchan, Sonam Kapoor, Bobby Deol, Neil Nitin Mukesh, Bipasha Basu and Sikander Kher which is bound to ignite fire onscreen and aren't the teasers bombastic and stylish..Hell Yeah! So let's dwell inside the soundtrack which is full of Reprises and Remixes, as expected out of Pritam!

The first track "Jis Jagah Pe Khatam” is highly inspired by Pritam's previous compositions, 'Race Saanson Ki' from 'Race' and the title track of 'Badmaash Company'. Neeraj Shridhar sounds a bit different, Mauli Dave is sensational, Siddharth Basrur voice is lost in chorus. Talking of lyrics by Ashish Pandit, the hook line 'Jis Jagah Pe Khatam Sabki Baat Hoti Hai, Us Jagah Se Hamari Shuruat Hoti Hai' is too simple but at the same time, the catchy and addictive tune saves the song which just falls short of being an anthem. Not a chartbuster opening as has been the case with Pritam but surely a good composition which would do well for the promotions and should be used at various junctures in the movie.
"Jis Jagah Pe Khatam-Remix" is too loud and doesn't work at all.

Some carnival/Arabic music arrangements begins the proceedings for the second song “Jhoom Jhoom Ta Ja ” which is on the same lines as ‘Udi’ from ‘Guzaarish’ last year and at places reminds of ‘Hawa Hawa’ from ‘Rockstar’. Pritam brings on 'Jalebi Bai' (Double Dhamaal) Ritu Pathak behind the mike, where any other day and it could very well have been Sunidhi Chauhan at the helm of affairs. Ritu Pathak comes out of the item-number's shell and impresses in this raunchy-seductive-not-so-Pritam track which will take few listening to settle down, it's no way near to 'Zara Zara Touch Me' (Race) but will surely make up for a good visual treat onscreen with a probable Sonam Kapoor seducing Neil Nitin Mukesh.
The next version ''Kyu Dooriyan/Jhoom Jhoom Ta Hun Main" merely takes 50 seconds to set the mood and one can't resist grooving to this fast-paced-techno version (keep aside the comparisons at the start with some English song). Siddharth Basrur replaces the female voice and people would say that he steps into the shoes of Atif Aslam especially for the high-pitched tones, but that's a mere coincidence and would be a harsh comparison for the talented artist who have got only few average tracks in 'Haunted' under his bag. Lyrics completely changes from the Female version which makes it a completely different song. So there you go, a definite chartbuster!
As one moves on, a third version of "Jhoom Jhoom Ta Hun Main-Film Version" makes up for almost a repeated hearing of Siddharth Basrur's version, the only and only difference is the singer Arijit Singh (reality show participant) who makes his debut as a singer and being a classically trained artist, does full justice to this western composition. Wonder why it is being called as the Film Version; hear it only for the young talent! 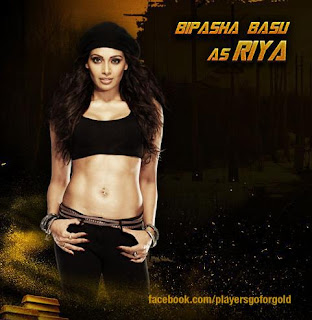 "Ho Gayi Tun" is a situational number which should see the protagonist (Bipasha Basu-May be) getting full on tunn. Ashish Pandit does put in some good lyrics, where Yashita Yashpal (voice behind 'Haa Main Jitni Martaba'-All The Best) does well to keep the mood intact throughout, what surprises me though is the auto-tuned effect brought to her voice which leaves very little space for the singer to move. BoB-The Rapper is wasted in the rapping portion in the second interlude that sounds forceful, also one may feel that there is too much experiment with the musical arrangements at places. Overall, a good number that gives a heard before feel and should fit in pretty well along the narration of the movie. 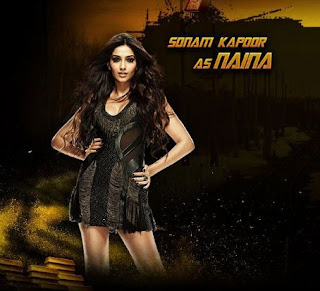 Abhishek Bachchan (AKA Charlie in the movie) with his raw voice will make you listen the next track, "Buddhi Do Bhagwan (Charlies Song)" which will certainly see a promotional video rolling over your Television screens very soon. Just because Abhishek has lent his voice, don't start comparing it with his previous works, especially 'Right Here Right Now' from 'Bluffmaster'. Shruti Pathak after giving some superhits with Salim-Sulaiman, first time joins hands with Pritam and may get unnoticed, as Abhishek's part is certainly the USP of this track. Lyrics are kept simple with Abhishek praying to God to give some Buddhi to the girl and then carries on with some conversational lyrics in the Antaras that follow. Make no mistake; it will shot right up in the charts once the video is out with such a huge star cast.

"Dil Yeh Bekarar Kyu Hai" is a sure shot chart scorcher from the word 'Go'. It's more of a refined version of 'I Am In Love' from 'Once Upon A Time In Mumbai' which was a superb composition by Pritam and sadly wasn't even used in the movie, hope this number doesn't gets the same treatment and gets optimum screen space. Lyricist Ashish Pandit sparks love with Mohit Chauhan weaving the magic once again after his wonderful run in 'Rockstar'. Shreya Ghoshal with her sugary voice is at her usual best and reminds of 'Is This Love' from 'Kismat Konnection'. It's highly addictive and has a strong Repeat value. Sheer Brilliance!
Pritam brings on his regular and trusted talent Nikhil D'souza behind the mike for the Reprise Version of "Dil Yeh Bekarar Kyu Hai" which is completely different in treatment and there were various instances before where Pritam has chosen Nikhil D'souza above some more established/dependable artists like a K.K or Mohit Chauhan and once again this composition shows the immense trust he embarks on the shoulder of Nikhil D’souza. Debutant Priyani Vani (also the wife of lyricist Ashish Pandit) replaces Shreya Ghoshal but sadly had very little to do in this male dominated number. The instrumental piece in the 2nd interlude is opulent, although some change of lyrics would have added that extra zing but anyways it's a composition which one would love to hear in loop for hours at a stretch. Strongly Recommended, Both Versions!
"Dil Yeh Bekarar Kyu Hai- Remix" wasn't required at all and can be skipped.

Pritam carries on his good run after 'Desi Boyz' with this soundtrack which should end the year on a good note for him. He has been receiving a lot of criticism lately for his abundant Reprise versions in a single soundtrack, but that's a trademark style of the composer and one should have no problems with the repeated version unless he opts for a new singer every time with some change of lyrics here and there. Mausam was one such OST where all the three versions of 'Ik Tu Hi Tu Hi' had variety and showed the hard work he puts in for every version. Anyway, Players certainly got two chartbusters in 'Dil Yeh Bekarar Kyu Hai' and 'Kyu Dooriyan/Jhoom Jhoom Ta Hu Main' (Siddharth Basrur version) with 'Buddhi Do Bhagwan' to follow very soon. But it misses a theme track that is very much required for an action thriller, that too a Hollywood remake of ‘Italian Job'.
I Rate it 3.5 out of 5