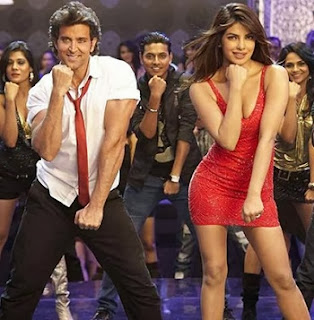 Rakesh Roshan is ready to stir the nation upside down with his Magnum Opus "Krrish 3" which is bound to go Hollywood style with all the Sc-Fi effects with Bollywood first Superhero movie. Veteran Music composer Rajesh Roshan is without a doubt the obvious choice for all his projects (mostly), case in point; 'Kaho Na Pyar Hai'; 'Koi Mil Gaya'; 'Krrish'; and 'Kites' , all of which had some pretty good melodious tunes. Now when the trio of the Roshan's ( Rakesh, Rajesh and Hrithik) returns with Krrish 3 and that too after sweating almost three years, listeners expects a roller coaster ride with some thriller tune; 3 words..Expectations..Expectations..Expectations! Although on the other hand it will be interesting to see whether Rajesh Roshan is able to match up with the current trends and makes a connection with the listeners. Well, with five original and two remixes, let's see what in store for us this time with lyrics being done by Sameer Anjaan.
The very first to arrive is the title song "Krrish Krrish" which surprisingly has item number queen Mamta Sharma doing the mysterious vocals supported by Rajesh Roshan and Anirudh Bhol. Honestly, it tries very hard to sound like a thriller background track to be played for the Superhero (Hrithik) entry and some crucial sequences and ends into a repetitive poor mishmash of heard before tunes and techno arrangements. also the chorus part 'Krrish Krrish' is annoying rather than hair-raising. The renditions and overall feel of the track is on the same lines as 'Hai Ye Maya' from 'Don 2' but the latter was far superior with vocalist Usha Uthup and can't be compared. It may work well in the background with some solid breathtaking visuals but doesn't deserve to be heard and certainly not the start we were expecting.
The second track "Raghupati Raghav" is already popular, courtesy some pretentious dance moves by Hrithik (choreographed by Remo D'Souza) and the multiple rounds of song being played on television. Neeraj Shridhar, who was once a blue eye artist/singer for composer Pritam, join hands with Monali Thakur and both of them does well for their respective parts. The phrase 'Raghupati Raghav' has been used multiple times in Bollywood (recently Satyagraha) mainly for motivational sequences, of course we had a western version in 'Kuch Kuch Hota Hai', but this time it's a five minute long party number that has been composed around it and which may make some sense in the movie but as an audio, it doesn't impress. The composition sees some beautiful foot tapping arrangements, especially the second interlude from 3:10 to 3: 45 with singer Bob doing the 'Na Na NaNaNa NaNa' part. Overall, the composer has gone pretty safe with this one which will be a hit but lacks innovation, especially in the lyrics department. Average!
When a voice like Alisha Chinoy (which perfectly suits Priyanka Chopra- remember 'Tinka Tinka') comes behind the mike, listeners expect a seductive, sultry, mischievous number (mostly).."Dil Tu Hi Bataa" is an exception though. A romantic number that has a long overstretched Mukhda for about two minutes and then an unnecessary interlude (Second) with Arabic arrangements. The phrase with the word 'Dil' reminds me of the song 'Dil Nasheen' from 'Aashiq Banaya Aapne'- 'Dil Ke Jahan Mein, Ek Aag Si Lagi Hai'. Zubeen Garg hits his usual High notes and is impressive but the composition at a duration of 6:40 minutes is a tad too long which looses the grip in between and results in an average number that should look good in the movie.
Up next "You Are My Love", a fun conversational number between a couple (Husband & Wife) which is pure situational stuff. Mohit Chauhan and Alisha Chinoy try to induce some fun and masti but the overall result is not that enthralling. Both the singers seem to be making extra effort in their renditions, especially Alisha who irritates. It's made for the first half and should be a fun watch with Hrithik and Priyanka and nothing else.
"God Allah Aur Bhagwan" by Sonu Nigam and Shreya Ghoshal is a pre-climax material which is outdated both lyrically and arrangements wise. The chorus in between gives a headache and transports into the world of 1980's, what with the line 'Wo Doston Ka Hai Dost, Yaaron Ka Hai Yaar' that awfully reminds of the lines 'Yaaron Ka Main Yaar, Dushmano Ka Dushman' from the song 'John Jaani Janardhan' - 'Naseeb'. The lyrics here disappoints to the core which are amateurish and fails to make a connection with the listeners, seems to be straight out of some 'Shaktimaan' TV series stuff. Wonder how it would be picturised! Awful!
To make things even worse, we have two remixes; "Raghupati Raghav Remix" and "Dil Tu Bataa Remix" that are ordinary and fails to save this boat from drowning. 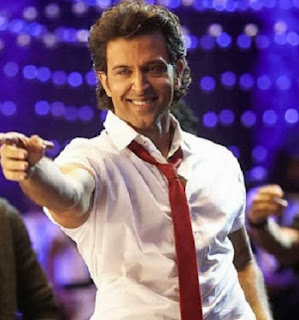 To conclude "Krrish 3" is the most disappointing soundtrack to come from the stable of Rakesh Roshan. The lyrics by Sameer Anjaan seems as if they were written 20 years back, in an era where we have innovative writers like Amitabh Bhattacharya and Irshad Kamil to name a few, Sameer fails to match up to the standards set by them. Rajesh Roshan tried to go safe without experimenting much and results in such compositions that straightaway lands in the yawn territory. A superhero flick which depicts the fight of good and evil need to have some thriller tracks, like,'Ra.One' which had a superb 'Raftaarein' that provided the required adrenaline rush. Hope the background score do some damage control for the movie and lives up to the huge expectations! Don't bother giving this one a hear!
Edited Version @Planet-Bollywood.com
Splashed By: Mitesh Saraf