Badlapur: My take on the Movie!

There is Nana Patekar..There is Irffan Khan and then there is Nawazuddin Siddiqui! 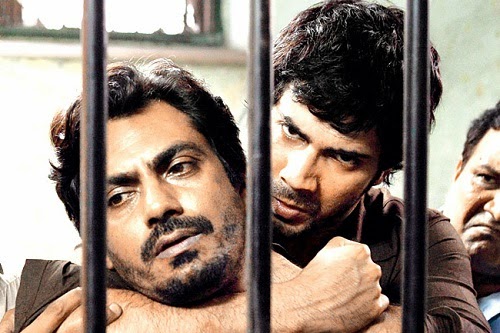 Sriram Raghavan last outing 'Agent Vinod' was quite a disappointment..Badlapur makes up for that, Big time. It's more of a psychological thriller with some real brutal, cruel moments that have the power to break down the emotional quotient of each and everyone in the audience. Right from the first frame with a single shot scene of the bank robbery and further proceedings, this very scene reminds that this was the same director who beautifully did the single shot song 'Raabta' from Agent Vinod, the only good thing about the movie!

The most important aspect for me was the brilliant detailed characterisation, from Raghu ( Varun Dhawan ), Laik ( Nawazuddin Siddiqui ) to the detective Ashwini Kalsekar ( special mention to her intro scene with Dhawan at her home) to the policeman Kumud Mishra to all the 4 ladies ( Huma Qureshi, Yami Gautam, Divya Dutta and Radhika Apte ), each one is well defined and leaves a strong impact to the films narrative, it also helps from the audience perspective to understand their behaviour. Varun as Raghu makes one feel the pain and anger where Siddiqui takes away the cherry and stuns with each and every scene with his dark humour..what is interesting here is the fact that both Raghu and Laik are given the same screen space and the director makes the audience evoke same feelings for both the characters when the movie inch towards the unexpected climax, which almost removes the line of Black and White..The Hero and the Villain..Brilliant! 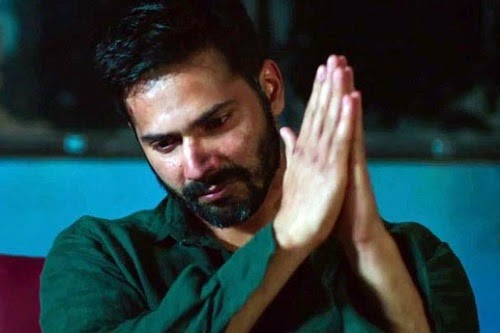 My most favourite scene of all scenes of Siddiqui is the one when he is caught with a girl in her home and he acts as a Delivery Boy of a food joint in seconds or when he taunts a prisoner repeatedly..what a spontaneous and natural actor he is with a down to earth style of his own.

Although the movie gets a bit stretched towards the second half but the climax makes up for it with a strong message regarding revenge and violence..Worth your every penny!