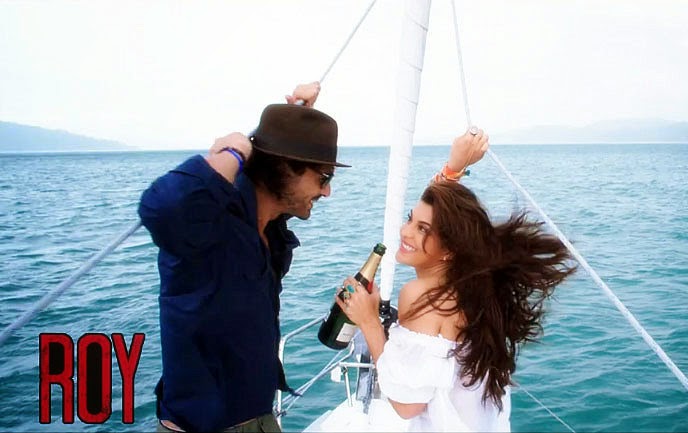 So first of all, the debutant director Vikramjit Singh deserves an applaud for trying out something new, something out of the box, something very unusual considering the pot boilers Masala 'Tevars' we are shown with no 'Jackson' and lots of action..But...but...he puts a very big foot wrong in promoting the movie as a commercially viable massy affair with some chartbuster songs, seriously what was the need of adding a curiosity and raising the expectation of a normal audience to be served a nail biting thriller with  a suspense element munching the caramel ( my fav flavour) popcorn? Why not make it clear in Bold Underlined that it’s not for the masses and caters to a very niche segment of audience and that too who are mostly related to film making, take for instance the movie 'Dhobi Ghaat'.

There is a lot of newness creative element in the film, especially the way the storytelling moves forward till the intermission with some good background score. The idea of 'Reel' meets 'Real' works and in some portions it somewhat gives a déjà of the movie Shabd. Rampal does well with his cigarette and hat and typewriter and ohh yes with his fabulous voice and body language also, Ranbir just sleepwalks every scene expressionless and makes one think 'Tu Hai Ki Nahi', Jacqueline only adds to the glamour quotient.

In one scene, Rampal is told by Jacqueline that writers personality is judged by their work and that’s what the movie is all about, a Director whose real life events transforms into his Reel life and he realises this very fact at the very end when Ranbir tells him that both the stories should end the same way..But...but...what happened post interval, like the character of Kabir (Rampal), Vikramjit got out of ideas and thoughts that he added numerous pauses and drama that wasnt required at all, its like the plot was only written till interval and got streched, it would have been gorgeous if he would have edited it 40 minutes short with less of drama and more of Art.

Still, Roy deserves a watch for its First Half alone and the superhit soundtrack, the second half is sure to give a headache and will bore you enough to pull your hair and your partner's and their partner's. The audience in the theatre gave sarcasm full of clap when the movie ended and said what a fabulous movie, not their fault!