Rating: ★ ★ ★ ★ 1/2
"Cocktail" starring Saif Ali Khan, Deepika Padukone and the sensational Diana Penty; has been creating buzz since its theatrical trailer gathered instant positive response from the audience. It's the third Home Production for Saif Ali Khan; after Love Aaj Kal and Agent Vinod; where both got 'HIT' music from Pritam Chakraborty and this time also Pritam has been assigned the task of composing. Three names of artists attract attention (apart from Pritam): Imtiaz Ali as Story Writer: His name raises the bar enormously high both as a movie and an OST; Irshad Kamil as Lyricist: A regular associate with Imtiaz Ali and a talent house; Homi Adajania as The Director: He last directed Saif Ai Khan starrer 'Being Cyrus'(2006) which was an offbeat movie and his name comes as a surprise and develops curiosity for a forte like this. Coming to the music ''Tumhi Ho Bandhu'' is already topping the charts and is going to be an anthem among the youth. Looking at the covers, eleven tracks, yes, you read it right, eleven tracks which sky shoots the expectations one has from the music and on top of that, the song 'Angreji Beat' which was made viral almost 20 days back is missing from the soundtrack. Without wasting any more time on facts and figures, let's dive into the field of dreams of Pritam and Irshad Kamil! 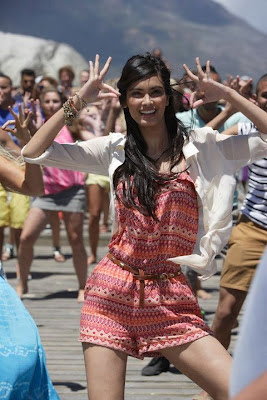 Without surprising anyone, it opens with "Tumhi Ho Bandhu" which is insanely catchy and one that is sure to rule the charts for at least a month if not more. Right from the peppy arrangements to the choice of singers to some fresh and easy going lyrics, everything is top notch and defines the signature style of Pritam which is sure to be picturised at a crucial juncture in the movie post interval. Kavita Seth, who hardly has any track record in Bollywood apart from the beautiful 'Iktara' (Wake Up Sid); gets an opportunity and certainly makes it big. Her voice is raw, rustic and heavy as a result describes the emotions perfectly and Neeraj Shridhar is at his usual best with the hook line 'Tumhi Din Chade, Tumhi Din Dhale, Tumhi Ho Bandhu, Sakha Tumhi'. Sing along friends!!

Pleasant guitar strums starts of the second song "Daaru Desi".. The flamboyant voice of Benny Dayal makes it an easy-on-ear, light and carefree stuff that would grow with time, wonder why a talent like Benny is not used very often by other composers apart from A.R.Rahman and Salim-Sulaiman. The new sensation Shalmali Kholgade ('Pareshan' from Ishaqzaade) is fantastic with her part and impresses yet again. The lyrics by Irshad perfectly defines the 'Friendship' as a synonym for Daaru Desi, as a result both the antara's are high on melody and one that is sure to be hum around. PERFECT!

Mohan Kanan aka K Mohan ('Agnee' fame) name is enough to generate curiosity..The next track "Yaariyan" kicks off with solid rock beats (drums and guitar) and soon K Mohan joins in with his painful voice which is beautifully crafted and interwoven alongside Irshad stupendous heart touching lyrics. Into to the Second interlude and one hears Shilpa Rao with some classical/sufi alaap which are sheer listening delights and shows the immense hard work put in by the composer. A striking and absorbing composition which promises to stay in the favourite's list of the listeners for a long time. Strongly Recommended! A Pritam soundtrack is incomplete without some reprise versions.."Yaariyan (Reprise)" by Sunidhi Chauhan is intense and my God..What brilliant use of Piano in the background and in the interludes. Pritam's find Arijit Singh joins in at 3.10 for some short but quite outstanding alaap portions and one feels why he has been given only thirty seconds in such a beautiful version. Forget everything..Just listen!

Guest Lyricist Amitabh Bhattacharya (AB) writes "Second Hand Jawaani" which is more inclined towards a fun, Punjabi item number with catchy beats and traditional melody. Punjabi Queen Miss Pooja starts of the song and is soon joined by Nakkash Aziz with his high pitched notes and hang on..Neha Kakkar is also heard in the antaras but it's real hard to differentiate between both female voices as a result on first few listen, one may call it an average affair but it has the power to create havoc once its video is out and rolling over the small screens. Wait for the Video!
Tighten your seat belts, as the soundtrack takes a 180 degree turn after these four tracks and is instilled with traditional Punjabi flavour with a list of singers that has the power to drive a music lover crazy and insane. 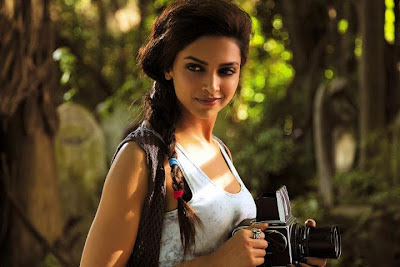 To start with, "Tera Naam Japdi Phiran" by Javed Bashir is a grandiose fusion of Punjabi and Western arrangements. A traditional tune majestically re-created by Pritam and aptly written by Irshad Kamil, Nikhil D'souza is first rate for the English vocals and the auto tuned voice of Shefali Alvaris (still awaiting the day to hear her voice with the auto tuned effect) overall makes it a superb composition that will be a very interesting watch onscreen as if used only as a background score in a club or for some situational scenario. Add in some more adrenalin thumping pumping, you have "Tera Naam Japdi Phiran (Version 2)" which is a foot tapping version where one can't resist but dance to the powerful energising beats with no change in singers and lyrics. Recommended: Both Versions!

Hold your breath as "Luttna (Saif Ul Malook)" will leave you in trance and speechless. Another traditional melody, re-created by Pritam with the chorus being composed by Sahir Ali Bagga and the more said is less for a talent like Irshad Kamil who gets his poetry in motion and proves his menace yet again with phrases like:
"Log Chirag Jalate Ghee Ke, Maine Dil Ka Deep Jalaya
Log Hai Khaate Kasam Wafa Ki, Main Zeher Hijar Ka Khaya
Log Gavande Dil Ishq Mein, Maine Apna Aap Gavaya"
Sufi King Dr.Masuam Anwar leads the vocals and is simply 'Extravagant' with ample support from Sahir Ali and Anupam Amod for the chorus part. The inclusion of Rock beats in the interludes alongside the chorus is an innovative experiment that is worth hearing. For the unplugged fan's, there is "Luttna (Version 2)" which is re-created by Bunty Rajput A soft, soothing, refined and magnificent version with same set of singers and some heavy bass guitar for the chorus part with the focus being more on the vocals and lyrics. Magical!

"Jugni" yes, the Punjabi traditional folk song makes an entry with the melody and music being kept intact as in the original. Arif Lohar spreads his charm and Harshdeep Kaur replaces the female vocalist from the original and is a perfect voice for a genre like this. Both the interludes are heavily arranged and lots of orchestration is used. For all those, who have heard the original or the coke studio version will easily relate to this one and for the first timers, give some time to this epic song which provides a graceful end to the soundtrack.

Cocktail is Pritam's finest soundtrack after a long time which has every genre of music, be it Western, Indian, Rock, Folk, Sufi- Everything. Two guest compositions of Honey Singh 'Angreji Beat' and 'Main Sharaabi' aren’t included in the ost but have been made viral and certainly 'Main Sharaabi' is going to be a smash hit with all the party animals. To sum up, every composition has the artistic touch and therefore will enjoy a certain shelve life. Easily one of the best soundtrack of 2012 till date and a strong contender for Best Music Album of 2012, although it's too early to say that. Pritam strikes not only gold but Gold Mines this time!
I rate it a 4.5 on 5.0
Edited Version @Planet-Bollywood
Splashed By: Mitesh Saraf